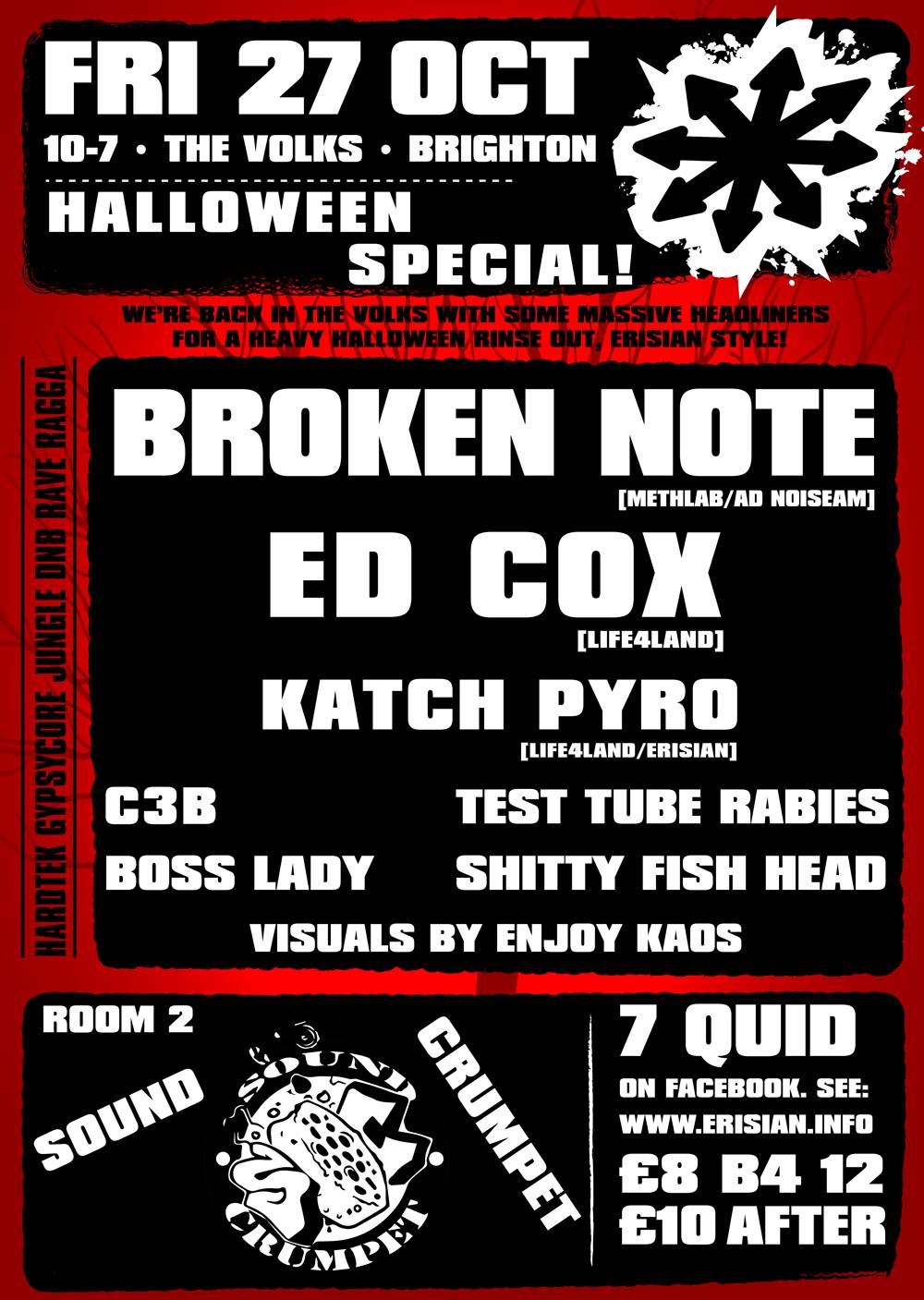 The Grim Raver will be out for your soul!! Expect an audiovisual assault on your DNA, mutating the very fabric of your existance!

The hardcordian ringmaster of the dark clowns returns to the Volks with his live rave-carnival carnage! Life4Land badman has been smashing warehouses, fields, festies and clubs internatio nally for over a decade and helped make Erisian the monster that it is today!

Our very own musical genius, mastering any genre you throw at him from avinit covers to original dancefloor bangerz, has his widely anticipated album coming out soon!

Another Erisian disciple, C3B has been destroying dancefloors round Europe with his pounding brand of raggatekno.

Soundcrumpet have been going from strength to strength this year with a run of nights, festival and an album on the way. They will be providing a variety of styles from bass to breakcore and everything in between, with their full soundsystem shaking the Volks foundations!