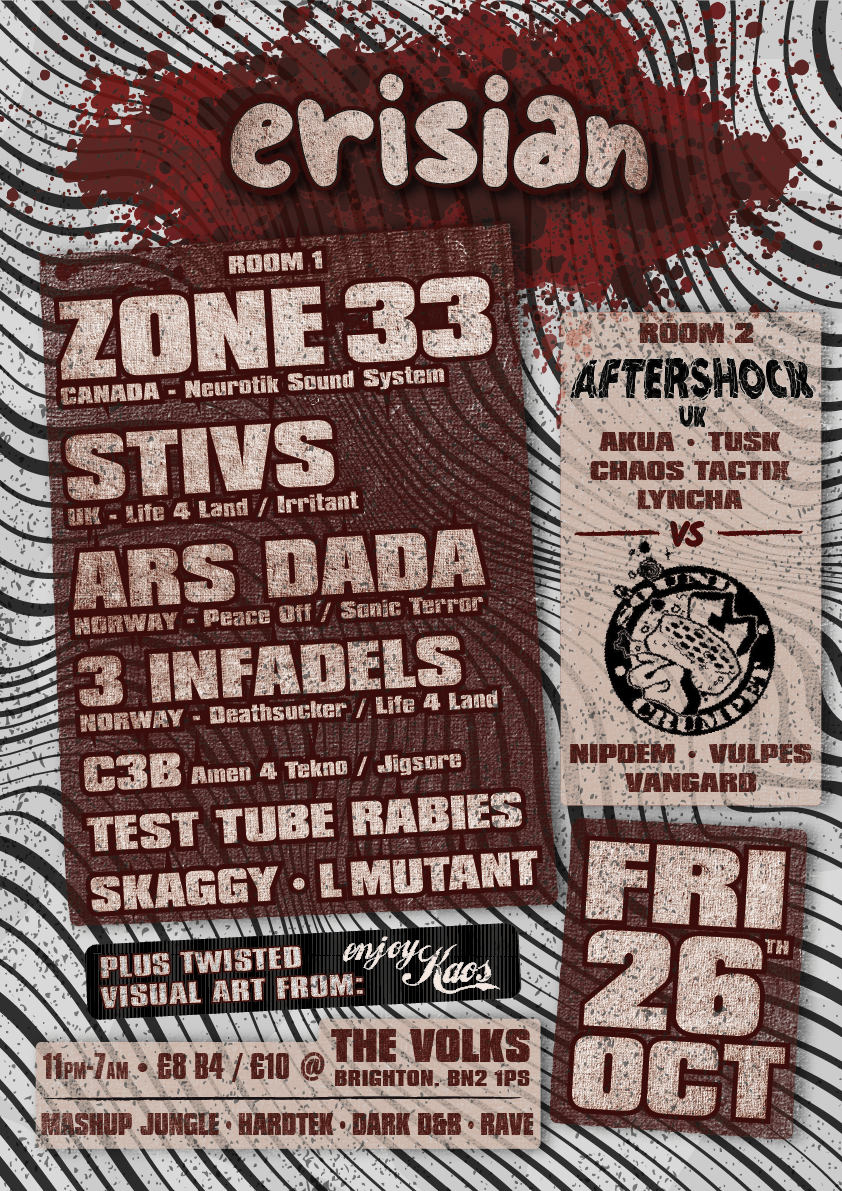 ZONE 33
Catch Canada’s hardtek dons hailing from Montreal Canada, Zim and Ataka have released many records on labels around the world. Artists of LeDiableAuCorps Records. Founding members of Neurotik Sound System in 2003, a collective organizing and participating in free parties and events in MTL and Canada. They have been touring all across Europe since 2007.
https://soundcloud.com/zone-33

STIVS
Mashing up the dance with a badman blend of jungle, raggatek and breakcore. A true giant of the underground dance scene, Stivs is a founding member of the infamous Life4Land Sound as well as several independent record labels.
https://soundcloud.com/stivs

3 INFADELS
The 3 infadels come from a land beyond the moon in a galaxy called The Matrix, making soundsystem bangers since 2008. Together, Katch Pyro and Dr Roman have smashed up as many genres as they can in the pursuit of dance-floor bangers.
https://soundcloud.com/the3infadels

ARS DADA
Ars Dada is Erlend Bilsbak, a breakcore/drum’n’bass/hardcore artist based in Oslo. He has played festivals and venues all over Europe, Russia and the US, where he’s shared stage with some of the biggest names in underground electronic music, such as Bong-Ra, DJ Donna Summer, FFF, Xanopticon, Venetian Snares, Otto Von Schirach, Drumcorps and many more.
https://soundcloud.com/arsdada

L MUTANT
L Mutant will be spinning some of his face scrunching jungle… soaked in amens.
https://soundcloud.com/lmutant

They will shaking the Volks foundations with a variety of styles from bass to breakcore and everything in between.